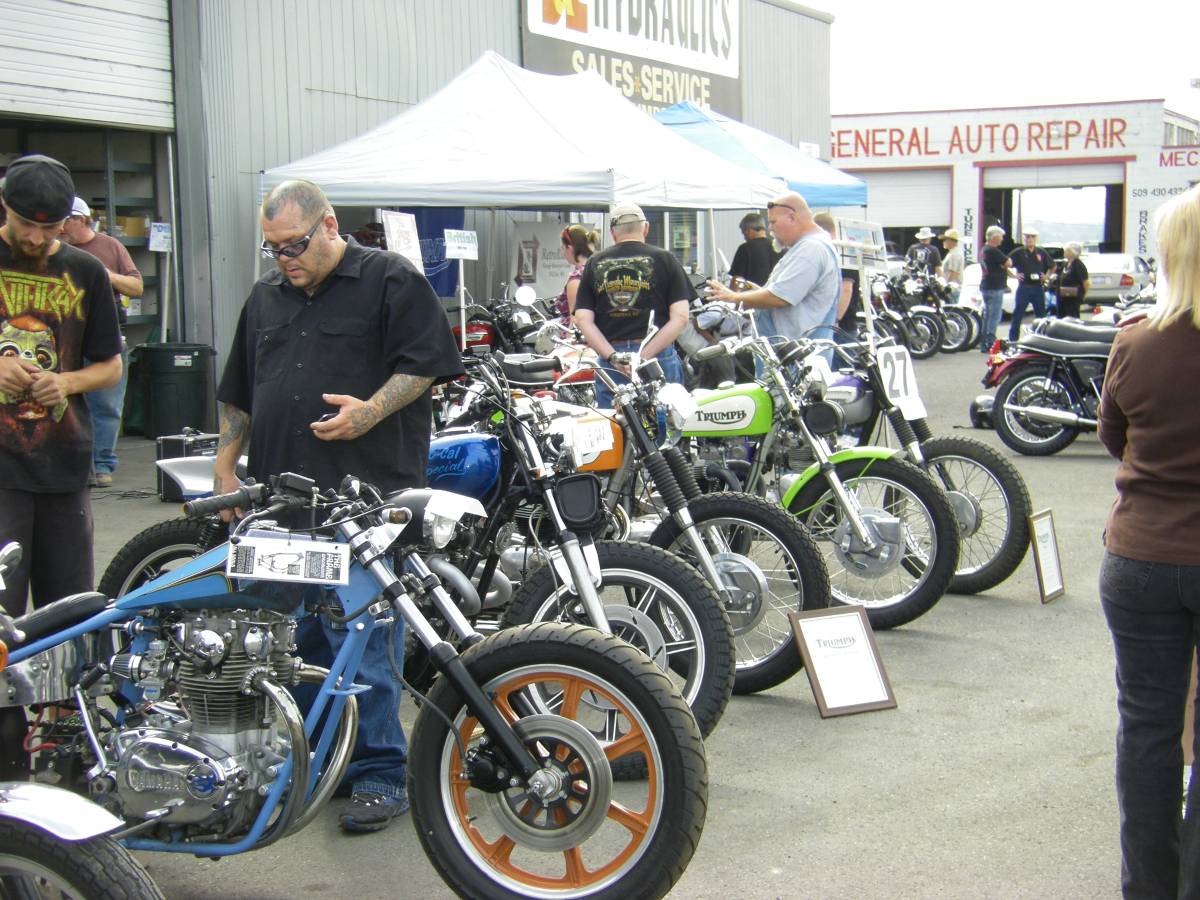 I did spend a couple hours driving over to the show this morning. Superslab to Pendleton thence 37/730/12 to Pasco. ‘Twas a lovely drive. 80-85 mph Freeway blast followed by empty, swoopy two-lane through the harvested wheat fields and then along the “mighty Columbia” lake. This was my first time actually driving THROUGH Pasco. It reminded me of Barrio Logan in San Diego or East LA. It looks to be a cultural and gastronomical delight.

The goal of the drive was threefold. First was to verify that the odometer problems are behind us. Second, to verify fuel gauge accuracy and vehicle range and finally, to see if the eastern PNW’s two-wheel offerings are more interesting than the typical car ‘show & shine.’

Referring to the first two reasons above; I can report that the odometer has recorded nearly 1,000 miles without interruption and survived multiple trip odometer resets. The fuel gauge in now functional to the point that it reads full when the tank is full and 441 miles later the gauge read 1/4 and the fill was 14 gallons. Specs say 20 US gallon tank, so it’s safe to assume that the gauge is reasonably accurate. And 32 mpg mixed driving. (Note to Jim: This puppy will easily do 500 miles between fills.)

As I’ve mentioned before, I’m a engineer/mechanic, not a photographer, so taking crummy snapshots is the best I can do on a good day. This is why I invited Mr. Hathaway to join. He’s a photographer. Besides, I didn’t think to throw the Canon in the car and the iOS 15 update right effed up the camera on the fruitfone so I got GOOD excuses.

Report on the show – IMHO, it was worth the drive. There were a bunch of ’60s through 80s rice burners. Suzuki was particularly well represented with all variations of ‘water buffalo’ present. There were three or four Bridgestones. There were the usual 70s dirt bikes. Surprisingly no Yamaha DT series. Maybe there aren’t any left?  They were ubiquitous in SoCal when I was coming up.  There was a gentleman who was very proud of his CX500 Turbo Honda (Dude! Where’s your mask? GET BACK!) and fair number of England’s finest. All twins ranging from BSA A10s, Triumph TR6s, various flavors of Norton Commando, and a lone Triumph TSX. You can look it up. I had to. That there was only one is not surprising. 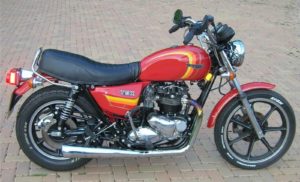 (Note that the photos above are stock Internet search results. The photos are linked to descriptions of the respective motorcycles.)

The America vee-twin category was rather thin, though there was 1940 Chief and a flathead Harley. The Harley was interesting to me in that one rarely sees a early 70s Honda 750 SOHC front brake grafted on to early American iron. Rider musta had an experience that made stopping a priority.

Headed home through WW WA and made the obligatory stop at Popular Donuts. Over Tollgate for another swoopy two-lane experience and home in time to walk the dog.

I’d do it again. Might even ride Gorgeous. BMWs were so under represented that she’d probably win a prize. 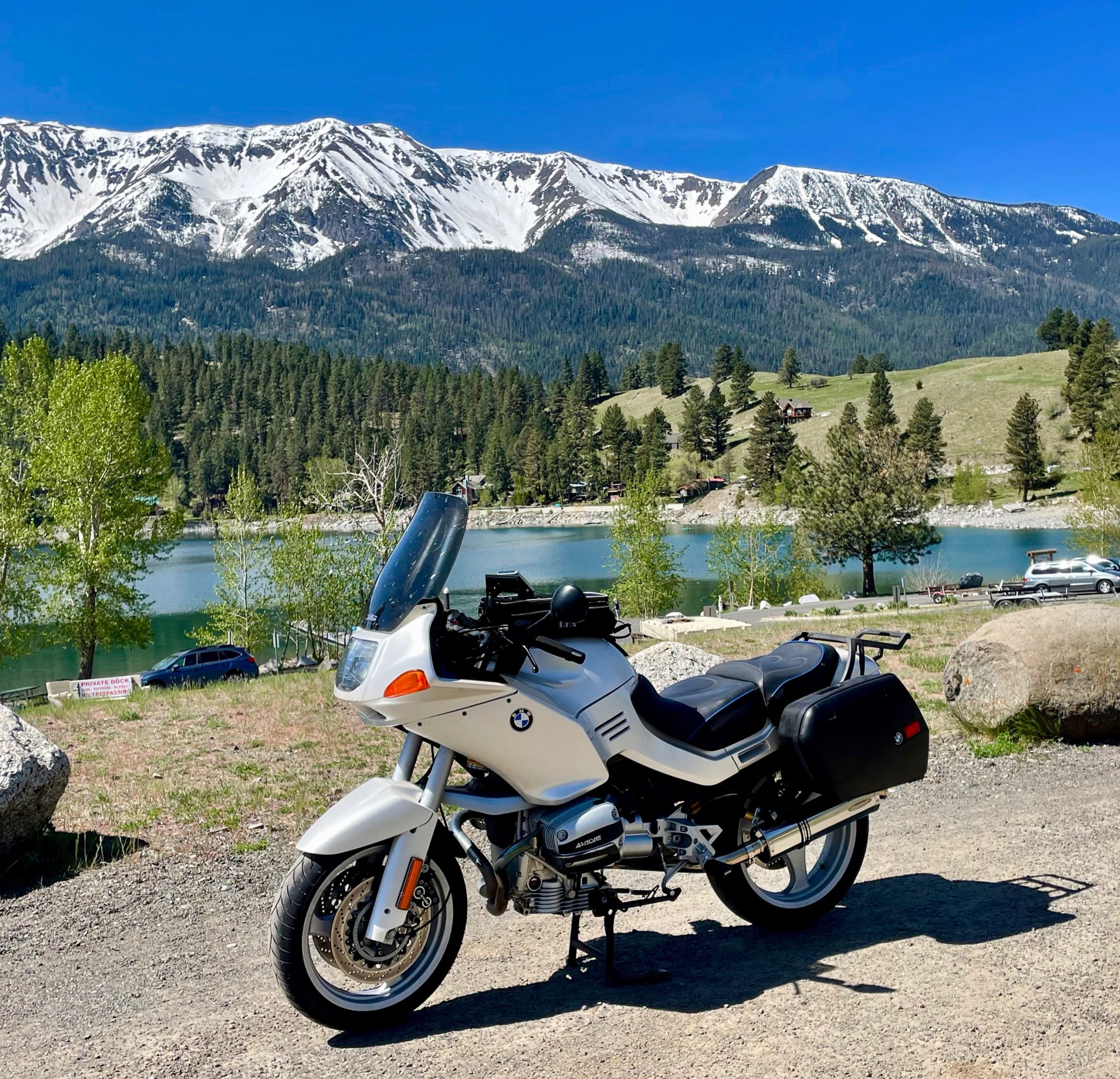 Oh… And the jumper in the Porsche fusebox? It did nothing. I removed it and absolutely nothing changed. 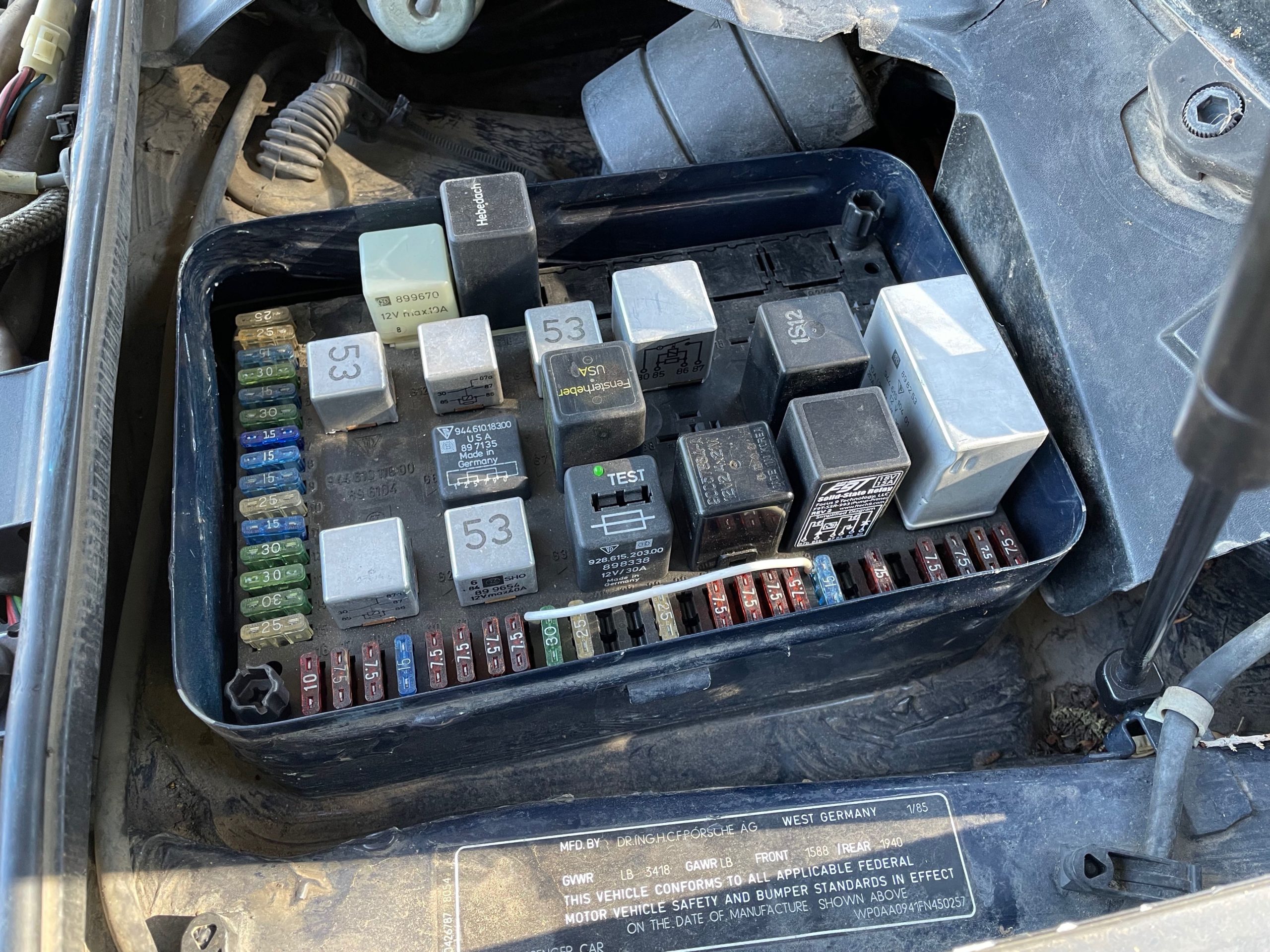