Been too long since I posted, so here’s a quick update:

We may have finally solved the mystery of the work/no work odometer. For those who understand traditional speedometer/odometer function, the Porsche way is a bit different and I suspect, pretty revolutionary in the early eighties. Rather than driving the instrument with a cable like has been done since Boss Kettering was a kid, Porsche uses a pulse generator and (for the odometer) a rotary encoder. Pretty common now. Not so much in 1985. 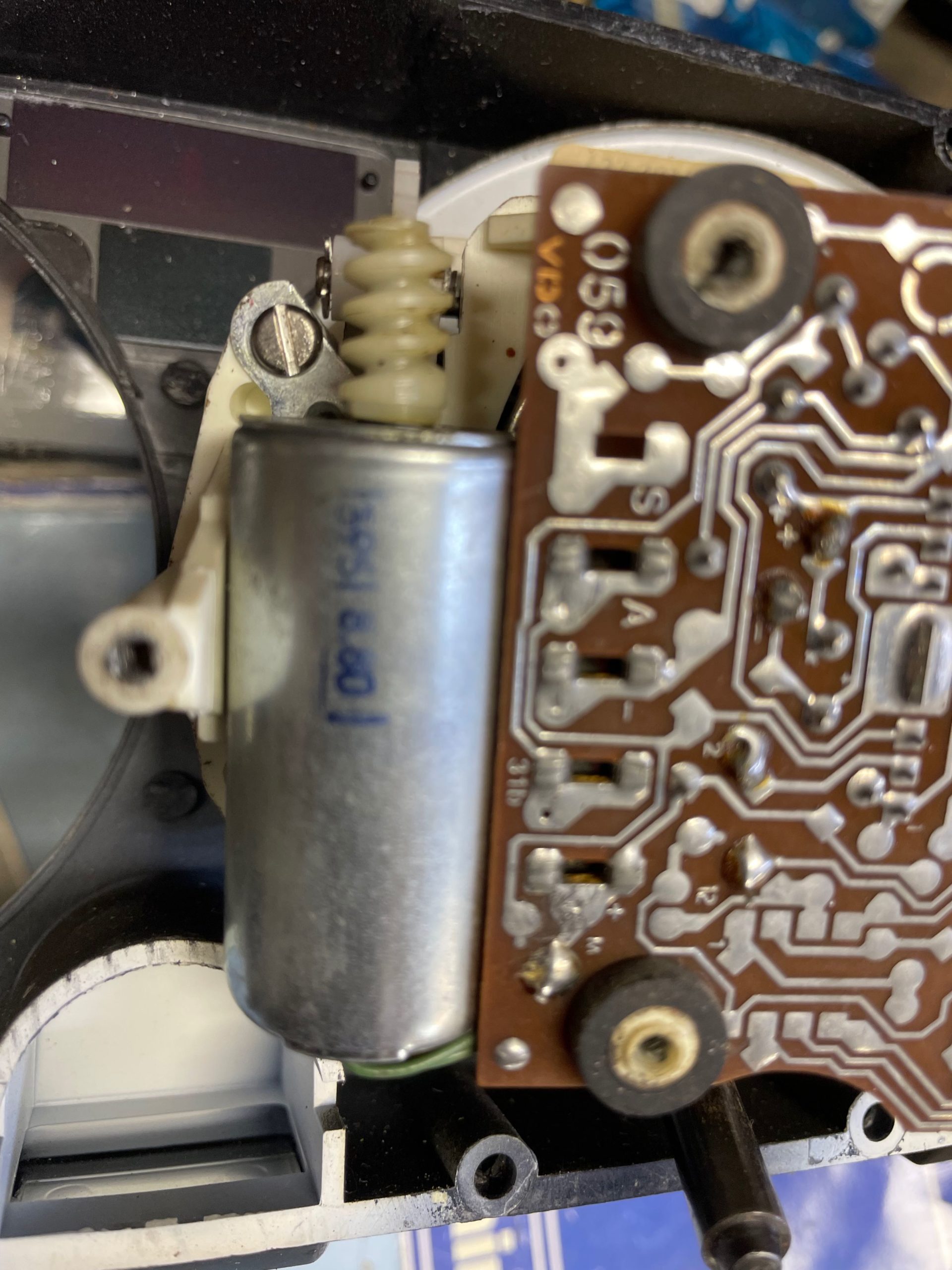 Now the typical failure point of a VDO odometer are the plastic gears that actually make the numbers roll and initially, that’s where I found problems. I replaced the failed gear and all was well for 142.3 miles. Then the odometer stopped counting. 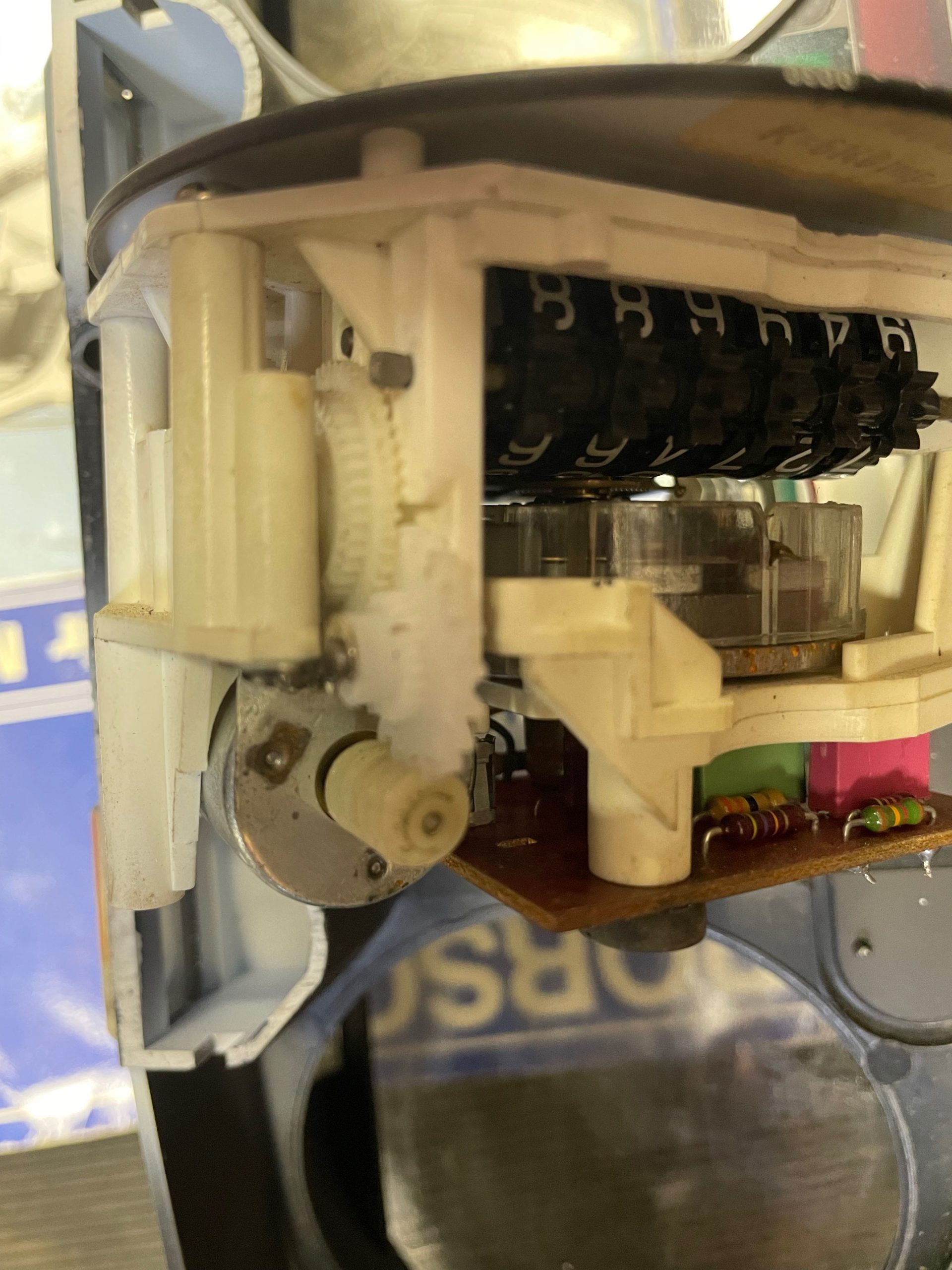 Shrug. I put it all back together and lo and behold, counting again. For 37 miles. <sigh>

I again removed instrument cluster, disassembled and once again, no obvious problem. Gears are all meshed and turning the encoder makes the numbers move as they’re supposed to. Hmmm.

BUT I noticed that the encoder seemed just a bit stiff. Thought to self, “Self, maybe a little lubrication?” I searched the Internet Tubes and found nothing on the subject, so, let’s oil it and see what happens!

A little light machine oil and 102.7 miles later, it’s still counting. (The search for ‘light machine oil’ is probably worth it’s own post. Cliff’s Notes: The local hardware store had neither Three in One oil nor Triflow nor did the kids working there have any idea what I was looking for. Curiously enough, the grocery store had it on the shelf.) 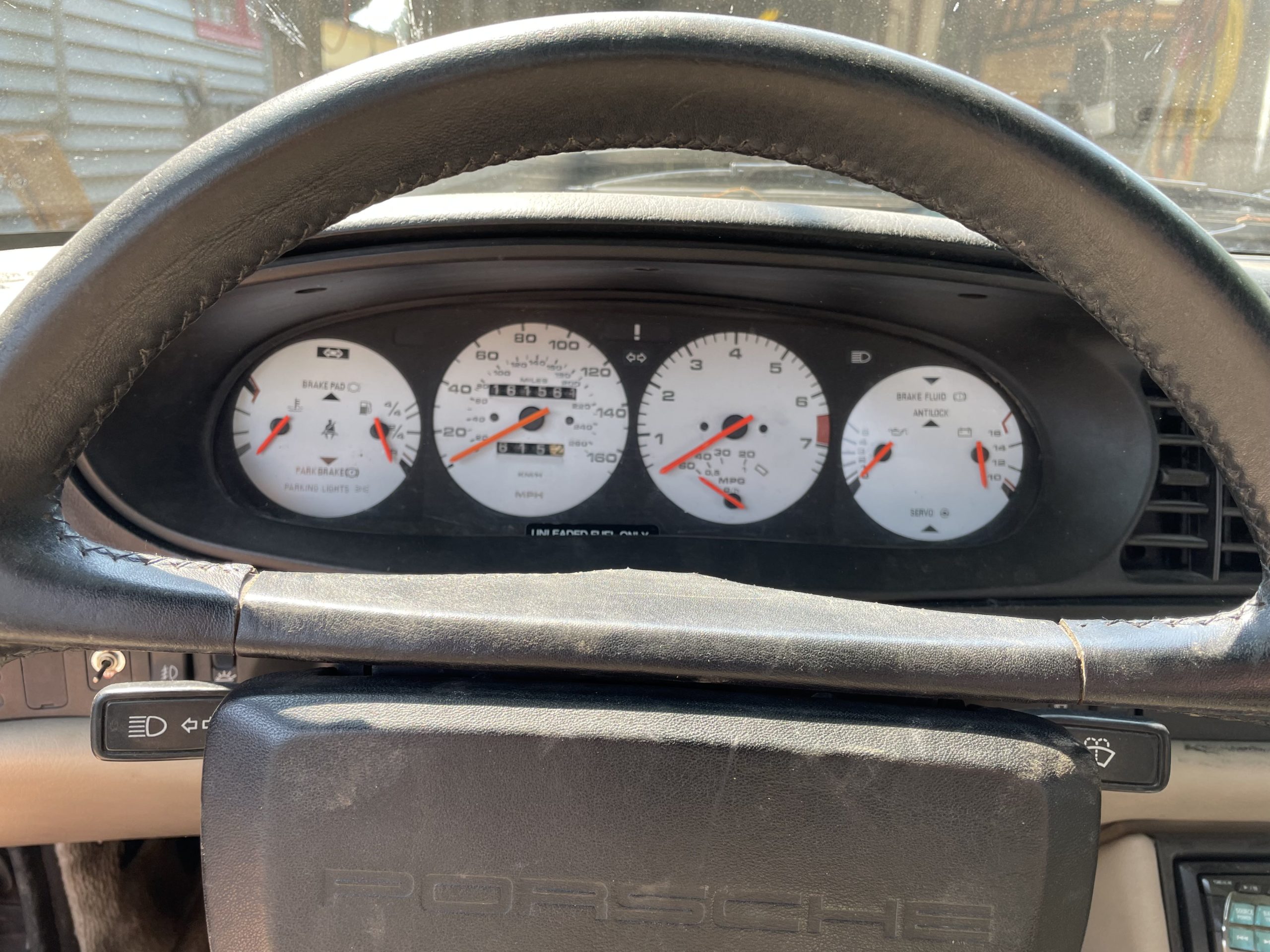 On another note, we had this done today: 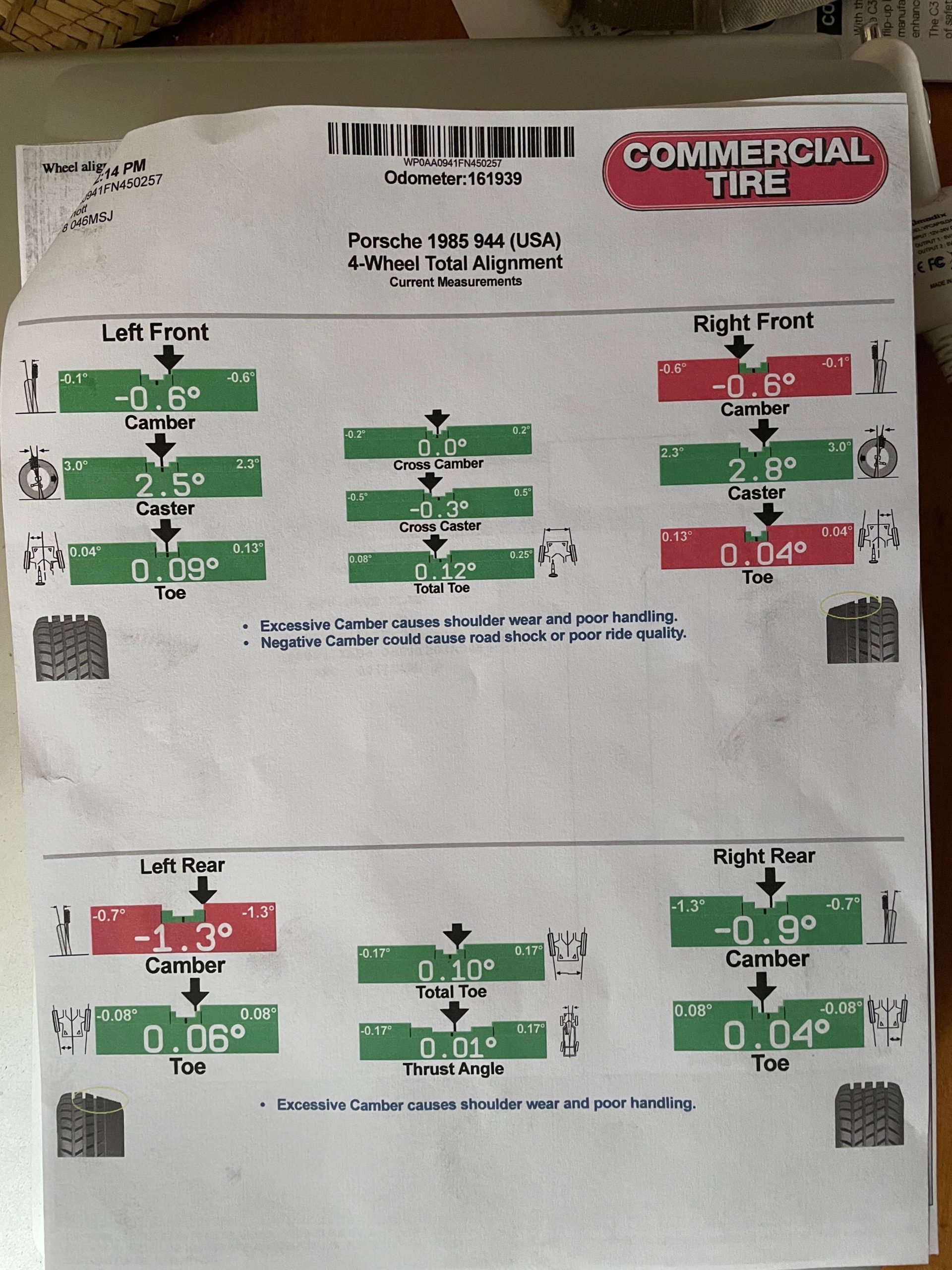 The steering is lighter and it no longer wants to drift to the left. Sadly, it needs front strut bearings. At least suspension pieces for Porsche 944s are not astronomically priced. Four Konis or Bilsteins are about half the cost of the two Ohlin’s shocks I put on my BMW motorcycle. Strut bearings? About $35 per side. And 4 hours labor.  I have the needed tools.

That’s the report for today…