In a previous post, I suggested that I would have more to say about the rat rod project car of Jason’s father.   (We have already discussed father Walt’s modded Jensen-Healey, and I was to learn that his stable also includes a number of trucks, a BMW X3, a BMW 5-series, and who knows what else.)  Here we go:

My understanding is that Walt , Jason and his brother gave themselves the challenge of seeing if they could assemble a functioning vehicle by  recycling and modifying bits and pieces sitting around and languishing in their shop and yard.  Thus was born Walt’s Rat Rod.  I believe that it started with the frame and front end of a Toyota pickup, which was combined with much of the drive train from a Corvette (plus a beefed up automatic that Walt once used for competitive drag racing), all topped with the essence of  1932 Ford pickup body.  Finally, the patina and raw bodywork was clear-coated for an appropriate rat finish.  As the frame was Toyota pickup, state law registers the thing as a Toyota truck!  Lots of pieces were fabricated or improvised, like the chain link steering wheel and a glowing turn signal lever and of course how all the alien components were merged.   By the way, the thing is said to be fully street-legal, down to turn signals, seat belts, and the like.

Here are a few pics: 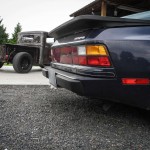 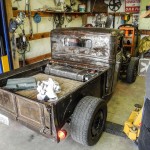 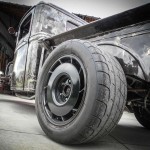 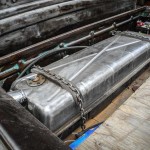 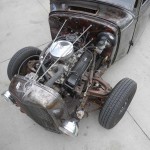 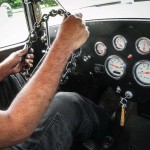 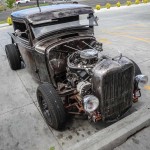 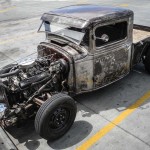 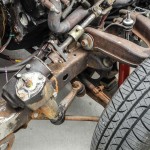 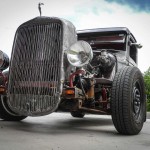 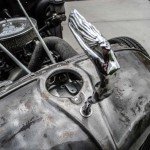 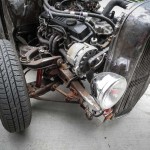 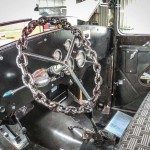 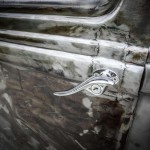 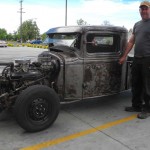 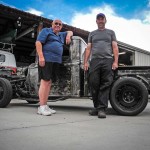 Turns out that, halfway through our work session on the Blue Rascal, we needed to run to the auto parts store for a side marker lamp bulb, so Jason suggested that we crank up the SB ( S**t Box, as Jason calls it) rat rod.  Took a few acrobatics, but I crawled inside for what became a most entertaining ride.   Mostly just cruising around town, with a few acceleration bursts and rapidfire upshifts for a little kick in the pants.   I grabbed a few video clips, which I had hoped to distill down to about 15 – 20 seconds in grand total, hoping to find something that was reasonably watchable despite being handheld in an impromptu manner in a stiff-riding-in-the-extreme vehicle.  But here is an unedited, barely viewable, stretch from one of ten clips that will perhaps give you a taste of the experience.  Watch for the smile on Jason’s face:

This entry was posted in At Play, Uncategorized and tagged leh photo. Bookmark the permalink.