Earlier tonight Dennis sent me some iPhone photos taken in the “glass tent” during the setup of his exhibit at the Bahrain Grand Prix.  As you know from a previous post, he is in that part of the globe by invitation to show his sculpture during the F1 racing event to be held starting on Friday, April 17.   He tells us that he has met with Sheikh Salman, champion Middle East Porsche GT3 racer and Porsche fan/fanatic,  is coordinating with Bernie Ecclestone’s F1 communication staff, and is scheduled to meet with the Crown Prince.  He also says that his exhibit has been written up in something called the Gulf Weekly, an important news magazine for that region.  Stay tuned! 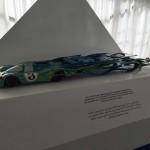 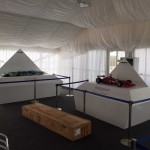 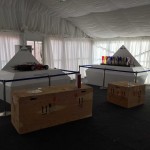 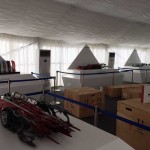 This entry was posted in Art. Bookmark the permalink.