Over the Mountains to Jason’s Shop

Arising early this morning to launch what would become a 206 mile trip through the national forest and a ski area, I drove the twisties to meet up with Jason.  (Fortunately, his shop is air conditioned, and the 90+ outside temp was not an issue during our work session.)  What ensued was a comprehensive inspection and test of all systems, and regular maintenance including oil and filter change, brake system flush, coolant attention, etc.  No issues of consequence were discovered, and Jason says that he will vouch for the integrity of the car should my wife decide to sell it after my (potential, not planned) demise.  We also put in some time driving a couple of vehicles:  his own VW GTI which is seriously modded for autocross where it has been a successful competitor and his father’s former racer-now-streetable Jensen Healey with a rambunctiously built up 350 Chevy motor.  On the way home, I stopped for a few moments to make some stylized portraits of the Blue Rascal.  Shortly after that, I was tailed for about six miles by the state police in an ominous Charger, but they eventually passed by as I kept the speedo right at the designated 55 mph, having spotted them earlier.  Btw, despite fairly aggressive driving through the mountain passes, the Blue Rascal turned in 31.685 mpg for the trip. 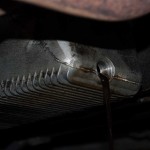 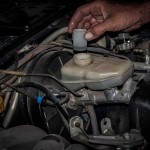 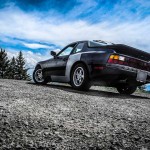 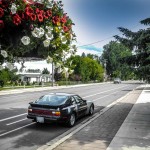 This entry was posted in At Play and tagged leh photo. Bookmark the permalink.