This morning Eric shot primer over the fixes so far:

And finally …  prep the whole thing for repaint in the factory Copenhagen Blue (LY5B).  But that is a ways off, hence, the sealed primer to protect things to allow use until the wherewithal for these latters steps is mustered. 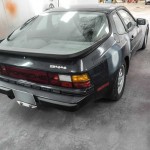 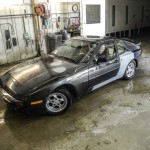 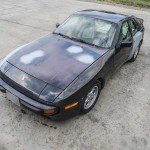 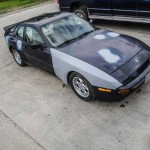