Last night, we were watching the new Netflix Original series, “Narcos”,  dramatizing the career of Pablo Escobar and the Medellin Cartel, set in the 1980s.  For about a second I spotted a white 951 wearing phone dials and Euro-style side markers and driving into a hotel in Medellin, Columbia.  These frames appear very, very briefly at around 27:00 in Episode Two. 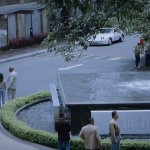 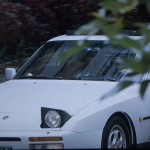 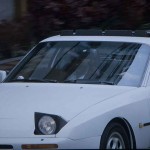 I’m wondering just a bit about the authenticity of all this.  The event depicted I believe was in 1981 or 82.  But — at least in the US — the 944 Turbo didn’t come along until midway into the 80s.   Maybe I’m mistaken, perhaps someone can set us straight on this.

This entry was posted in Art, Sightings. Bookmark the permalink.