Tuesday this machine zipped by as I was walking to my workspace.  Followed the turn I could see the car took a couple of blocks away, and … voila (albeit without a sign of its driver).  Unwashed, but with the honorable evidence of having been driven.  Would like to reshoot the car under less horrible blazing sun, but, anyway …  By the way, today I learn that this 1972 911T is named Barney and its owner describes it as an autocross warrior.  We will be following developments. 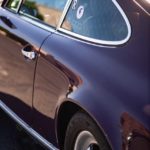 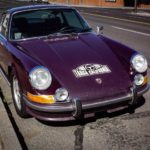 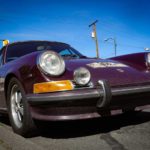 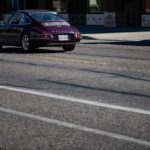 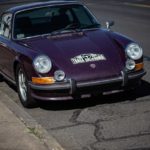 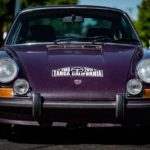 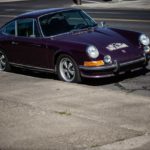 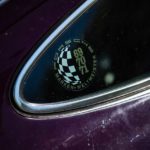 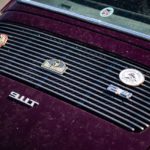 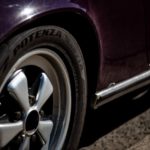 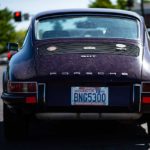 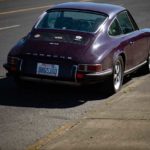 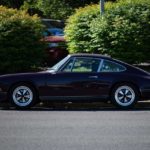 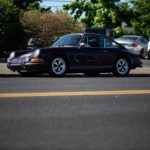 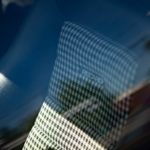 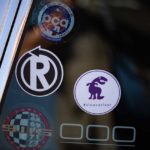