Herman’s on the left – mine on the right

As I pointed out to Michelle a while back, my eyeballs tell me that our NA  85.5 944 runs different phone dials than does Herman’s NA 87.   When I first viewed Michelle’s pix, I thought they might be 16″ Turbo wheels.  Nope, when I saw them in person, they were 15″, but they sure seemed to have more offset.   Michelle told me that they were on her previous gray 944, but she liked them better than the Fuchs on her new replacement 944 (the one in question and in my possession), so swapped them.  But she  didn’t really know where these phone dials actually originated.

So when I needed to remove one of them today, I took a look at some of the backside markings to get some clues.  What I found were “951.362.104.00” (which sure sounds like a Turbo model number to me, not standard 944, but I’m not really sure), “7Jx15ET23.3” (which obviously seems to be the wheel width, diameter and offset in mm?), and a mysterious string of characters that I am guessing at but seemed to be something like “6KA1512MO”.   Looking at paragraph 14.4.1 of Kevin Gross’ wonderful FAQ, there are perhaps three models/years that seem to fit that configuration — but there isn’t enough information there to explain the physical/visual differences that I see when compared to Herman’s wheels (and most other phone-dialed 944 NA’s I see around).  Okay, it is off to the Interwebs to try to discover the truth.  And maybe I will have to ask Herman to shine a light behind his wheels and see what he can read.

UPDATE: Here is a good PelicanParts forum thread that illuminates that matter of offset. 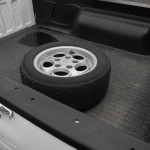 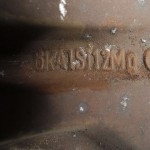 What the heck is this? Somebody knows …. 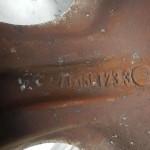 Looks like the wheel width and diameter … and offset? 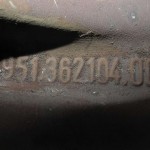 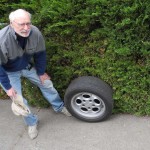