This weekend, after a Saturday morning work session I was walking back home, late for lunch, and spotted an ancient 912 across the street.  Three-fourths in deep shadow, one-fourth in blistering noonday sun, I quickly attempted to document the thing before its owner appeared and it disappeared — or the owner appeared, lest we get lost in conversation that might keep me from my own appointment.   Brought back memories of my six-cylinder 911 variant.  Note the 912 Registry indication, the racing-style headlight stone guards, the sensible-shoes Pirelli P4 Four Season tires, the red interior, the lemon yellow exterior (bleached in the sunlight, shifting green in dark shadow), and other detail.  And did I mention the Vasek Polak — the place to buy a Porsche in my L.A. time — license frame? 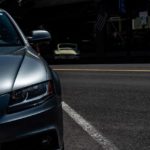 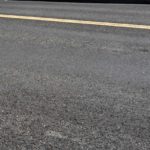 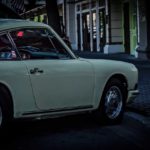 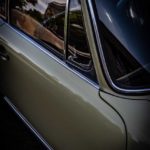 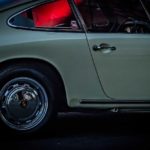 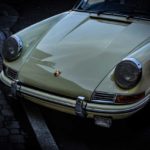 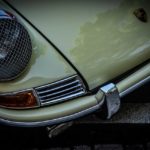 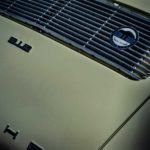 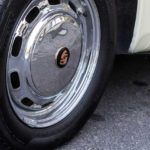 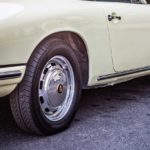 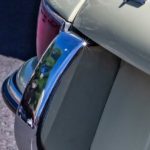 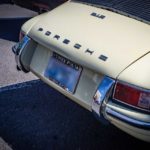 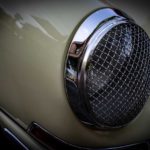 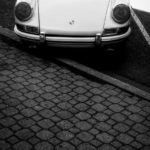 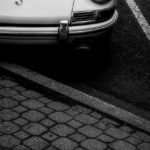